A small, true tale from my odd quirky life.

This past Christmas, I bought my family tickets to Wicked. I also bought my in laws tickets. We planned to fly them from LA to Denver and make a night of it. I was very proud of myself, giving great pats on the back. In law's are hard people to spoil...and I was sure I had nailed this one. 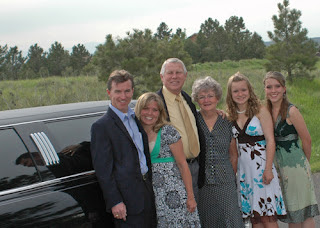 I was wrong. We took a limo to dinner...I think they liked that. We don't usually roll that way. But,as we have no car that 6 people can fit in,it just made sense. Plus it was fun, and my kids have never been in a limo. (I have never had, never will have a mini van..or some such. If you do..I'm not judging. It's just not me.)
I think my mother in law was appalled at my girls behavior in the limo. Typical teenage fashionista stuff. 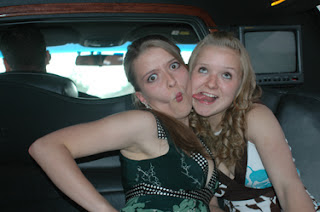 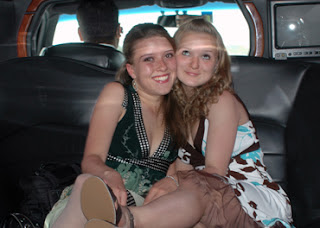 Things went down hill after that. The curtain went up at eight. I hadn't figured this would be too late for them....and I am sure if they were court side for the Sonics... they would have stayed awake. But, as this was not the Sonic's..they drifted in and out of sleep during the whole first act, really with in the first five minutes.. I tried to ignore this as I watched this marvelous play. But inside I seethed.This is a seriously SOLD OUT show folks. urrrrrrghh.

During intermission, the real problem was revealed. They could not understand why the writers had messed with the story of The Wizard of Oz. The whole plot was freaking them out. Good was good. Bad was Bad. Period. As far as they were concerned,they could of had one short ditty with cute flying monkeys, happy happy Glinda...dead dead wicked witch. The End. Curtain down. Applause.

When I get angry at my husband, for his lack of nuance, (for he didn't really get it either...)I have to remember how he was raised. By really good caring Auntie Em types..and Wizards who are honest and pure of intention. I love my in laws but they are not deeply philosophical people. Just the bullet points please, and for God's sake, stay in the lines!

So going into the final act, I simply forgot they were there.I willed them very far away. I sat with my two daughter, who just like me, were on the edge of there seats, tears in their eyes. I had passed a little of me on to them.

In the unseen battle of the genes, my girls were born with eyes that have a keen perception for subtleties and shades.I breathed a sigh of relief, as I left my husband and his family back in Kansas,and had one Fine Night in the Emerald City with my girls.

We had a truly Wicked time.

Follow the yellow brick road over to Sunday Scribblings
posted by wendy at 12:02 PM

Staying within the lines? How boring. Sorry, life is about the differences and the stretching of your mind. I'm glad you and your girls had a great time.

How is it possible to sleep through a play? I guess there's just no pleasing some people! My Grandma's very much a stay in the lines kind of a person, but I guess I got my ability to see nuance and think outside the box from my Mum, have no idea where she got it from, it's clearly not a genetic trait!

So glad you had a Wicked good time! I'd love to have seen it with you...and when it was over I would've had tears in my eyes 'cause I wasn't IN it! Makes me tear up just thinking about it.

I vote for drawing your own lines!

Wicked is truly fantastic and even my sister, who knows ever word to the original and considers it gospel, adores the show!

girls are the same the world over, I have two who behave just like that in the back of limos.

I don't know Wicked but I know what you mean!

Wendy, your girl's are so beautiful! I have two girls 17mos apart and know teenage antics. :)

Your heart was in the right place but I would have been hurt. They could have faked it. :)

Some people just don't have it in them to open up and let things flow through. You did great, and I bet you learned something. Next time send a basket of fruit!

Next time you feel the need to fly someone from California to Denver for limo, dinner, and a show...I'm your girl. I'm so sorry your in-laws weren't able to fully enjoy your gift.

I haven't seen Wicked yet, but it looks like wonderful fun. And really, isn't life about subtelties and blurring? And long conversations about it all? Add a little music and good costuming - yep, my kind of evening.

Don't let the soul-less destroy the subtleties. The magic is in the layers. SO glad you have the company of your two daughters, or it could be a little lonely for you.

Each Penny Has Two Sides.